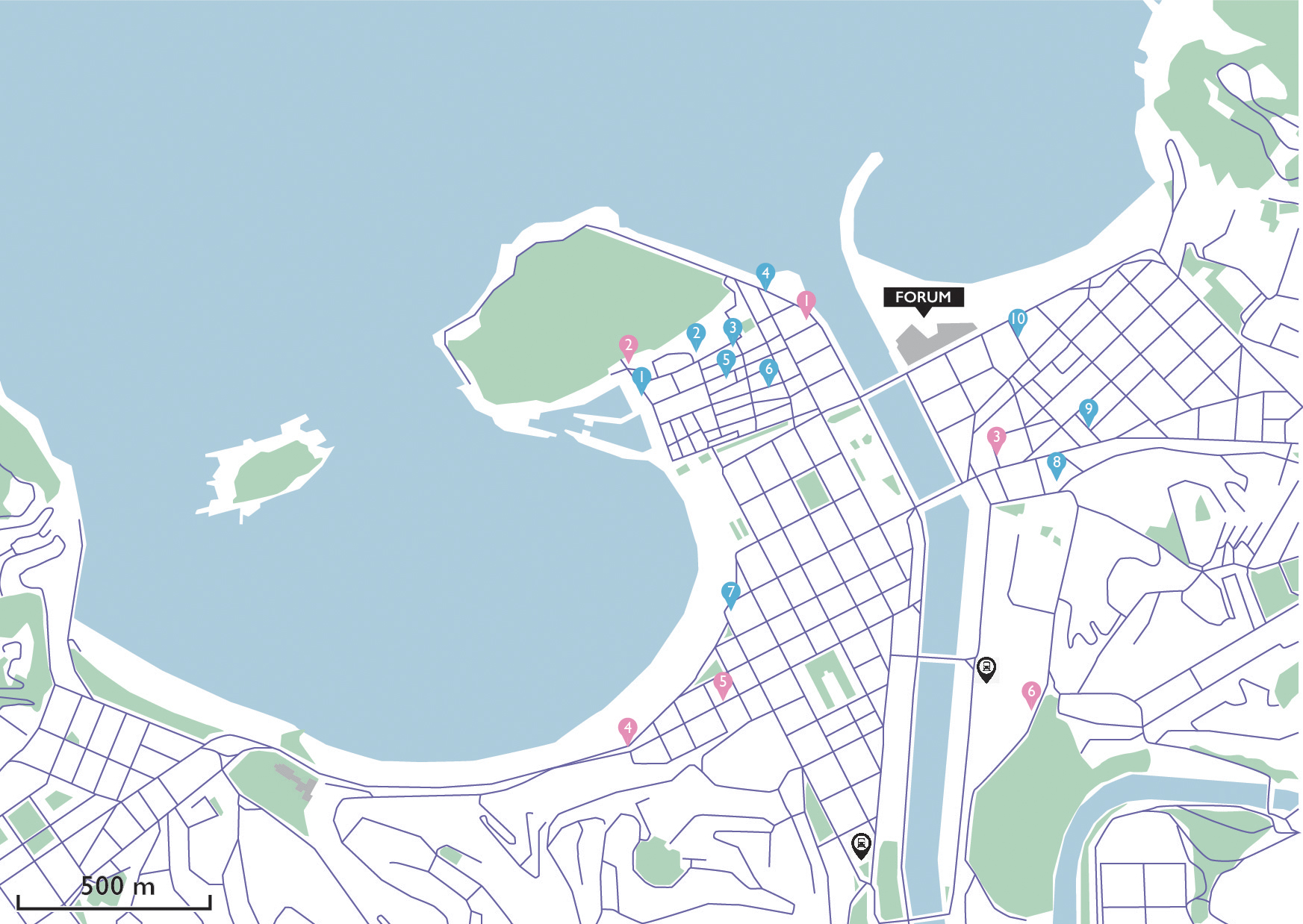 How to get to San Sebastián

San Sebastián has 3 airports (2 international) within just over 100 km of the city.

The closest airport to the city is Donostia-San Sebastián airport, located 20 kilometers from the centre, with connections to the main Spanish cities: Madrid and Barcelona.

Donostia-San Sebastián Airport is located 20 km from the centre of San Sebastián, which can be reached by taxi, train or bus.

Many lines of the Lurraldebus intercity bus network connect the airport to San Sebastián city centre, including a direct line to the airport. Buses departure about 15-20 minutes after each arrival. The journey time is approximately 35 minutes. The price of the ticket is 3 euros.

More information and timetables: at the bus stop and on the websites www.lurraldebus.eus and www.ekialdebus.eus

‍Taxis are available at the airport exit.
The fare to the centre of San Sebastián is approximately 25-30 euros.

Biarritz Airport is 47km from the centre of San Sebastián, which can be reached by cab or bus
(1h journey). More information and schedules here

If you choose to travel by train, you can choose between two train stations.

— The Donostia-San Sebastián station of ADIF, known as Estación del Norte or RENFE.
It connects the city with several other cities in Spain. It is located in the city centre, 10 minutes walk from the Kursaal.

— The Amara Euskotren station, known as Easo station, is the central station of Donostia-San Sebastián in the public transport network that connects the city with different cities in the Basque Country and Hendaye in France. It is located in the city centre, 20 minutes walk from the Kursaal.

Get around in San Sebastián

Donostia-San Sebastián is a city made for walking. Getting around on foot is easy and there is access to multiple public transport options that connect different parts of the city.

San Sebastián has a comprehensive and efficient city bus service, managed by the Dbus company that will move you quickly from one end of the city to another.
You can pay directly on the bus with your credit card. Consulting the lines and bus tours around the city is very easy from the Dbus website.

Hours vary depending on the lines. Most start running around 7:30 a.m. and stop service at 10:30 p.m. You can find the schedule for each line and the frequency at the stops.

Dbus has a night bus service called Búhos. Most night bus lines start around midnight and end service around 4:00 p.m. The Búhos lines operate exclusively on Fridays, Saturdays and the nights before public holidays. All leave from Boulevard de Donostia-San Sebastián.

Where to sleep in San Sebastián

Donostia-San Sebastián has accommodation to suit all needs. San Sebastián is a small city and its neighbourhoods are never far from the centre. See what each one has to offer and choose the place where you’d like to take a break.

Detailed map of accommodation in San Sebastián here
It is also possible to rent flats or rooms on Airbnb.

Where to eat in San Sebastián

San Sebastián has restaurants to suit all tastes. You can eat pintxos (the typical snack of the Basque Country), fresh fish, spanish cuisine and vegetarian food, seated or on your feet, in a fine restaurant or in the most popular of taverns.